Until recently, Fred Couples was the only Masters champion not to donate a club to Augusta National

Fred Couples missed the memo or wasn’t asked, he’s not sure which, to donate a club from his Masters Tournament victory to be displayed at Augusta National Golf Club.

Couples, who won the Masters in 1992, found out late last month that he was the only champion, starting with the inaugural tournament in 1934, not to donate a club.

“To be honest with you, just seven or eight days ago, 10 days ago, there was an email out all about Augusta, the great things about it, and one of the things was my name was mentioned as the only guy to not give a club to Augusta National,” Couples said on Wednesday after a nine-hole practice round. “I had no clue. No clue at all.”

He ended up finding the driver – a MacGregor Eye 85 which had a persimmon wood head – that he used that year.

He knows it was the driver because it was in a bin with a gold-plated Ping putter that the company gave to him after he won the 1992 Masters.

“I do know that was my driver because I had it in a very safe place,” Couples said.

He brought the club with him this week and showed it off on the driving range on Wednesday morning before giving it to Augusta National.

“There were a few guys laughing,” Couples said. “I think they were laughing because I think maybe they thought I won in 1970 instead of 1992.”

Couples said he continued to use that driver the rest of that season. He was asked if he – or anyone else – tried to hit the driver on the range.

“No, not me,” he said. “I haven’t hit a wooden driver since, but they all laughed at it. I mean, it’s the size of this microphone. Now my driver is this big and I can barely hit it.”

He said he started hitting a metal-headed driver in 1993.

“I lost a bet to a TaylorMade guy, so I used his driver, and then I continued to use a metal wood from then on,” Couples said.

En route to victory in 1992, Couples’ tee shot on the par-3 12th hole miraculously hung up on the bank instead of rolling back into Rae’s Creek. He chipped, saved par and ended up winning by two shots.

“The wedge that I chipped on 12, I don’t remember what kind that was,” Couples said. “I think it was an old Wilson, and I have that, but I didn’t want to bring that because I wasn’t sure. The driver is the one I used.” 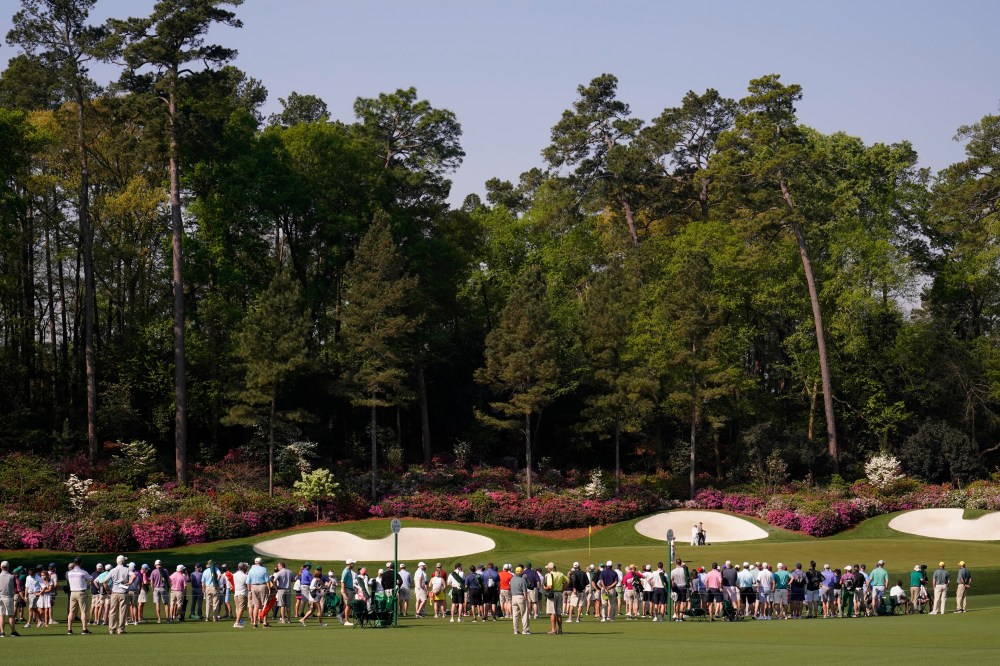