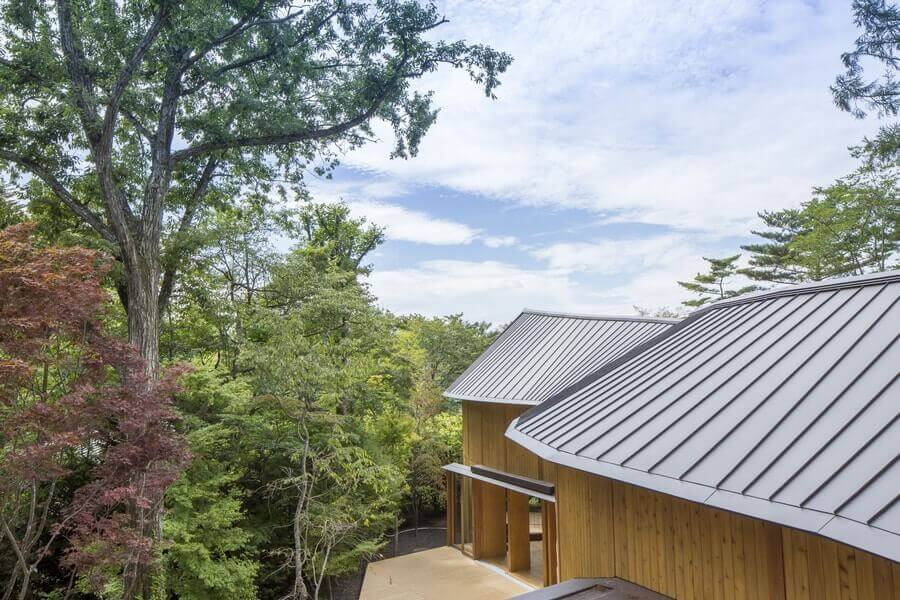 Shishi-Iwa House is built to embrace the notion of social hospitality, which sets the property apart from typical hotel experiences. The retreat aims to be a place to reflect and restore energy, and in turn spark new ways of thinking for guests. Unique in its architecture, the two-storey retreat crafted in a smooth, curvilinear form with an undulating roof that flows with the movement of the forest. With the goal of conserving as many existing trees in the property as possible, Ban developed a new building approach that has never been used in hotel construction.

“For this project, I was interested in developing a distinct design language befitting to its beautiful location,” says Shigeru Ban, architect of Shishi-Iwa House. “Everything from the construction to the furniture and interior detailing was carefully planned and considered to achieve a bespoke atmosphere. Blending the interior and exterior spaces, we created unique openings in the guest rooms and social areas to allow best views of the garden and encourage outdoor access. Timber was our material of choice for the design, which is used to heighten the sense of warmth and coherence throughout the boutique retreat.”