The 9th Edition of The Shopping Night Barcelona 2018 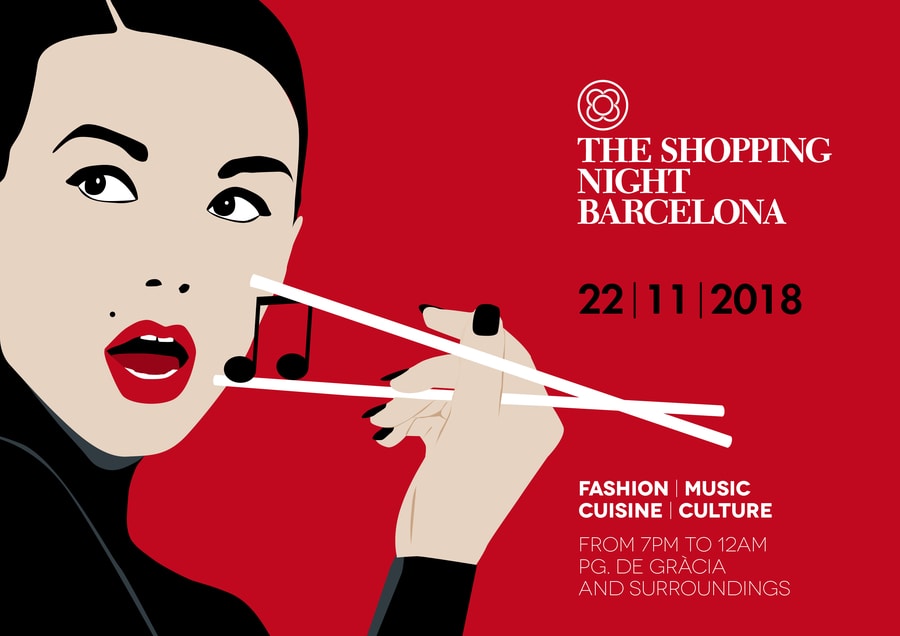 The 9th Edition of The Shopping Night Barcelona 2018 will take place on 22 November, featuring a platillo (small dishes) route and live music.

Barcelona, October 2018 – The Shopping Night Barcelona, Paseo de Gracia’s landmark event, returns bigger than ever for its ninth edition on Thursday, November the 22nd, with the aim of rekindling the festive spirit so as to engage the general public, boost sales and help the event become the signal for the beginning of the Christmas campaign. Stores on Passeig de Gràcia and adjacent streets will offer an advance of Black Friday’s special discounts. They will also decorate their shop windows and present various activities inside.

Promoted institutionally by the Associació del Passeig de Gràcia and with the support of the Barcelona City Council, the Shopping Night Barcelona 2018 will focus on four main areas: shopping, music, gastronomy and culture.

The biggest new development this year will be music, which will take over the street with seven stages at the crossings of Paseo de Gracia and Rosselló, Provença, Mallorca, Valencia, Aragó, Consell de Cent, Diputación and Gran Via. During the tour, the public will take a chronological journey through the history of music, from the 20s to the present: music from cinema, Cotton Club, the fifties, Latin rhythms, Guateque, pop rock, dance music with a DJ and a large graffiti mural. Each of these zones will host cultural and leisure activities related to the corresponding period.

Along with music, gastronomy – a cornerstone of the city’s culture with more than 30 Michelin-starred restaurants and chefs – will play a leading role. Hotels and restaurants will join to offer a route of “platillos” inspired by the best Christmas cuisine with very affordable prices. For €7 (platillo with an Estrella Damm beer), you can taste traditional creations from renowned chefs such as Carme Ruscalleda(Mandarin Oriental, Barcelona) or Nandu Jubany (Majestic Hotel & Spa Barcelona) among others. Some of the confirmed establishments are: Hotel Alma, Cafe de la Pedrera, Hotel Casa Fuster, Hotel Claris, Hotel H10 Mimosa, LomoAlto, Hotel Monument, Restaurante Solomillo, Hotel The One Barcelona and Vinoteca Torres. The route will run for 4 days up to Sunday the 25th (special Christmas opening).

2018-11-10
Previous Post: THE ESSENCE OF AN ITALIAN SUMMER
Next Post: A Taste of Spain @ Yan Toh Heen With Premium Spanish Ingredients