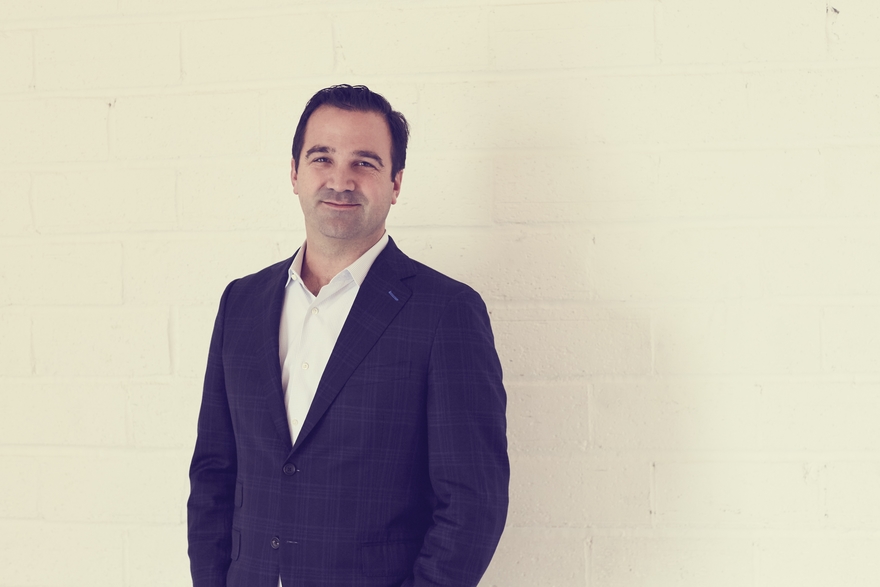 In the Midwest, there is one rivalry that matters: Ohio State vs. Michigan. It reaches a crescendo each year on the gridiron, with a year’s worth of bragging rights to the victor of “The Game.”

Many a Midwesterner is judged by his or her alma mater. Jim Merkel , the CEO of Columbus, Ohio-based Rockbridge, a private investment company focused on the hospitality space, is somewhat an oddity. Born and bred in Columbus, Merkel matriculated at Michigan, returned to Columbus after graduation and has since been a fan of the Scarlet & Gray. The perplexity doesn’t go unnoticed on the home front. “My wife says to me, ‘How can you have graduated from UM and be an Ohio State fan?’ Nobody gives me more grief about that than my wife,” Merkel said.

Fandom aside, Merkel has carved out a tidy career in hotel investment in Ohio’s capital city. Though buying and selling hotels may not have been his yen from an early age, investment, as a calling, always was. One particular early memory of Merkel’s captures this.

Like most sons, Merkel enjoyed time with his father, who made his living as an investor, “a grand disciple of value investing,” as Merkel referred to him. In order to spend more time with his dad, Merkel made it a point to learn and understand the particulars of what his father did. At age 10, he made his first investment, in Avon Products. “I put $200 in it at $20 per share and in two years it was at $60 a share,” Merkel said. “I thought that was the most amazing thing; that a company can do all the work and we create a profit.” 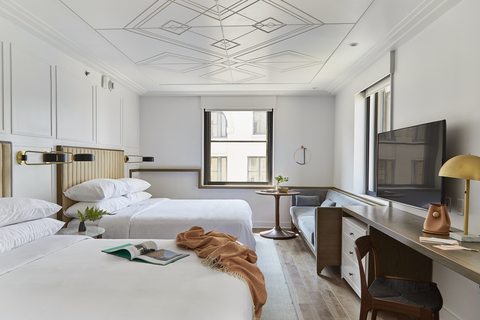 Hotels and beauty products may exist at different positions on the risk spectrum, but in Merkel’s line of work, having a deep, intimate knowledge of the space is required for success. That is something he started to cultivate after his junior year in college when he got an internship with Banc One Capital Markets in Columbus, which was part of Banc One. There, he worked with one of his biggest mentors, Ron Callantine, who, with Jim Pickett, had launched the Pickett Suites brand in the early 1980s. In 1999, Banc One was sold and Merkel, along with Callantine, Stephen Denz and Kenneth Krebs, founded Rockbridge.

The company launched its first fund in 2000 and while the travel industry took it on the chin after 9/11, Merkel said Rockbridge’s track record gave it an edge over other equity platforms. “At that point, we had done four funds with Banc One as a partner and had made 145 investments,” Merkel said. Initial investors included Nationwide and Lincoln Financial. Merkel said the fund properties performed well even during down times due to their diversification and strong sponsorship.

Rockbridge’s credo is the same now as it was back then: Invest in projects that thirst for capital reinvestment. Rockbridge is an opportunistic investor that scopes out undercapitalized assets that current ownership is disinclined to invest back into. “We are in business for two reasons,” Merkel said. “One, owners love to take money out of their properties, but don’t like to reinvest in the physical plant. Two, consumer preferences change. We create value by buying those properties and making the investment that aligns it with customer wants, which in turn brings back cash flow and performance.”

Rockbridge recently closed Fund VII and is currently deploying the $420 million raised from it. Ten years ago, Rockbridge predominantly invested in hard brands. Guest preferences, however, have changed and as banks have become more comfortable with alternatives to hard brands, choosing between a hard brand, a soft brand or an independent has become a calculated and case-by-case decision for Rockbridge.

“More customers want an authentic experience. The market has reacted to that desire,” Merkel said. “Sometimes, a brand lowers the potential of a property. Independents are more viable now, more institutional, than a decade ago.”

One of Rockbridge’s most recent openings was the Noelle in Nashville, which is part of Marriott International’s Tribute Portfolio. Rockbridge has two other Tribute properties in development, along with other hotels under Marriott’s Autograph Collection and Hilton soft brand Curio Collection. It also has two other independent hotels, The Cliff House, in Maine, which is part of Destination Hotels, and Valley River Inn, in Oregon.

In total, there are 19 hotels flying Marriott and now former Starwood flags in Rockbridge’s portfolio. The massive Marriott and Starwood tie-up is still reverberating through the industry and Merkel, like other hotel owners, is an interested party. “Consolidation is a reality of business and it wouldn’t surprise me to see more,” he said. He further views M&A as a parry against disruption. “Five years ago, Airbnb was not a significant brand; they have proved you can develop a relationship with a customer directly. Others can do that, too.”

As important as Rockbridge’s investment work is, it’s its civic work that Merkel beams about. In 2011, Rockbridge launched Rock the Road, a cancer fundraising effort supporting Pelotonia, the nation’s largest cycling event benefiting cancer research. Last year’s event, which included an appearance by NBA Hall of Fame member Bill Walton, raised more than $1 million. Rock the Road, Merkel said, is the fourth-largest fundraiser of Pelotonia and is something very close to his heart.

“Everybody has a responsibility to make the community better,” he said. “I personally experienced loved ones getting cancer, people dying too young.”

As Merkel tells it, one day he listened to a talk by Dr. Michael Caligiuri, of the James Cancer Research Hospital at Ohio State. Merkel was convinced Caligiuri was going to cure cancer, “but it boiled down to money,” Merkel said. That’s the moment Rock the Road was born.

Merkel’s leadership at Rockbridge, in hotel investment, in fundraising, is guided by a principal shared with him by his mentor, Callantine. “Things are never as good as you think they are, and not as bad,” Merkel said. “That enables our firm to steer through the tough times and market cycles. I keep a steady hand on the rudder.”