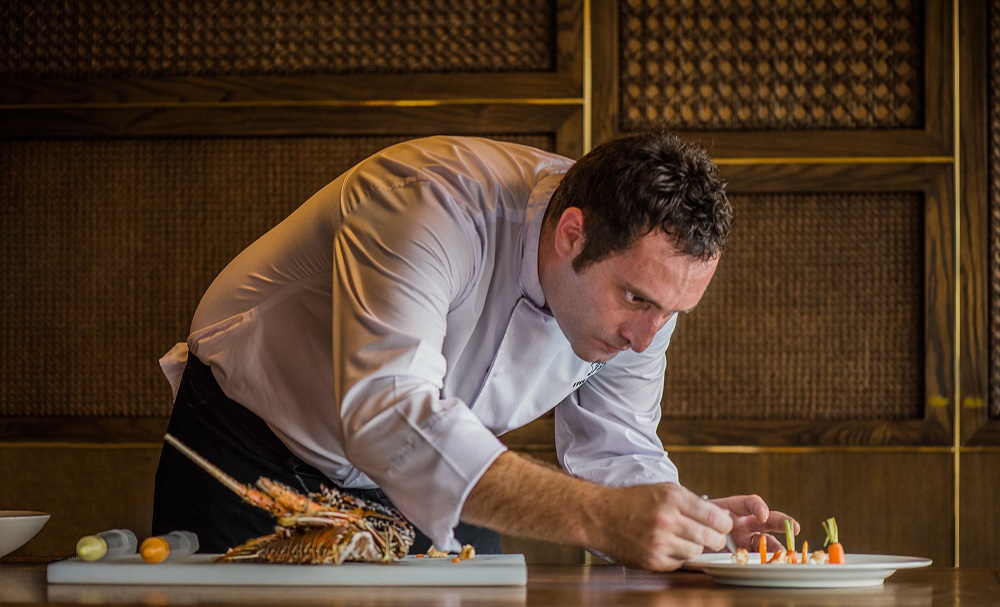 14 February 2017 – For over 116 years, the fine dining restaurant at Myanmar’s grand dame hotel, The Strand Yangon, has takencentre stage, playing host to gala dinners and gastronomic events for visiting heads of state, actors, poets and authors. In December 2016, the restaurant re-emerged from a six-month renovation with a new executive chef and dining concept, as well as a new name, The Strand Restaurant.

Previously known as The Strand Grill, The Strand Restaurant’s architecturally beautiful main dining room, which seats 45, as well as it’sten-seat private dining room and main kitchens, were upgraded, redesigned and restored as part of a larger project to usher this luxury heritage hotel elegantly into the 21st century.

The Strand Restaurant, with its high vaulted ceiling, sparkling chandeliers and museum quality black and gold lacquer panels from Bagan, is under the direction of a new Executive chef, Christian Martena, who joined the Strand team in summer 2016. Trained within some of Europe’s most famous Michelin-starred kitchens before running his own acclaimed restaurant, Sensi, in Bangkok, Chef Christian has spent the past few months travelling around Myanmar to visit suppliers and remote farming communities to source the best of Myanmar’s organic fruit and vegetable produce.

“It has long been my dream to push my culinary boundaries and create a gastronomic experience such as The Strand Restaurant in Myanmar, where we present Mediterranean dishes blending high quality imported ingredients with the varied organic produce found in Myanmar,” commented Christian Martena.

The Strand Restaurant is open for dinner weekly from Tuesday to Saturday and serves an a la carte and degustation menu of Mediterranean dishes enhanced with seasonal produce. Signature dishes include La Gambas – King Prawns Served with Sweet Corn, Chorizo and Black Ink Mist; L’ oeuf – Textured Egg Yolk Trilogy with Green Asparagus, Parmesan Emulsion and Fresh Black Winter Truffle; and Le pigeon – Slow-cooked Pigeon Breast Served with Pan-fried Foie Gras, Sweet Potatoes and a Roasted Coffee Sauce. The restaurant also has a menu of just over 100 fine wines from France, Italy and the New World. The average check is between $100-140 per person.

Established in 2008, Global Expat specializes in senior recruitment for the Asia Pacific hospitality industry. Dear Hotelierindo, This is Global Expats monthly newsletter with latest job opportunities and other interesting hospitality news.If any of the vacancies listed are of interest to you, then please register your CV online and we

Bali Staff Solutions is a young and innovative recruiting agency located in Bali. Right at this moment, we are looking for highly skilled individuals to fill severalpositions for our professional clients We need candidates to fill these positions as below: Bakery Production Manager (for placement at PERERENAN, CANGGU)Chief Engineering (for